Yeah. I don't know what more there is to be said, other than that these are not for the faint of heart. I would have tried a batch with good milk chocolate, like Tcho or Scharffenberger, but I'm still in phase 2 of the Always Hungry solution, and milk chocolate will have to wait until Phase 3. This made about 16-18 truffles, kinda on the big side, and just one will do ya. 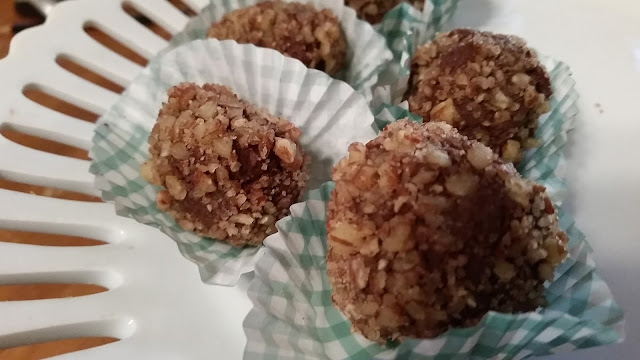 The ingredient list is very short for something that packs such a big punch:
-10 oz 70-77% dark chocolate
-1/2 cup heavy cream
-2 Tbsp bourbon (unless you don't like it, in which case skip it or add another chocolate-friendly booze)
-1/4 tsp vanilla extract
-1 cup pecans 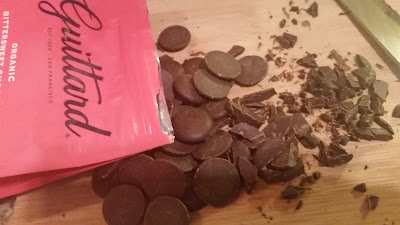 I'm deviating from my usual Chocolove brand, because Guittard is also really good and it was on sale. Plus, it's local to the Bay Area.

You can use bars, no problem. These are baking discs meant for melting, but I'm pouring the hot cream on top rather than using a double boiler, so I chop them with a serrated knife. 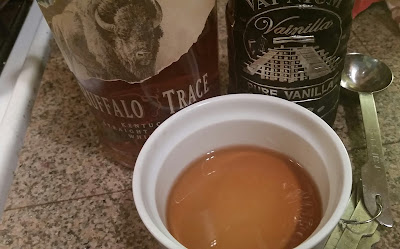 Put the chocolate in a medium-large heat-proof bowl and get out a whisk.

Put the bourbon and vanilla into a little container so you can dump it into the bowl when the cream is hot. I used 3 Tbsp of the bourbon because I really like it, but I'm afraid that might be a little much for some people. 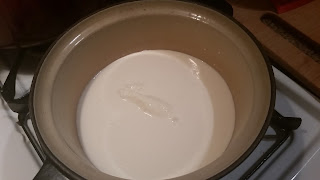 Put the cream in a small, heavy pot over medium-low heat, watching rather more carefully than you might do with water. When the edges start to bubble, give it a quick stir and let heat for another few seconds until it just starts to bubble again.

Turn off the heat and pour over the chocolate with the bourbon mix, whisking quickly for a minute or two until the chocolate is smooth. 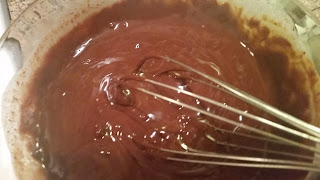 Resist the temptation to just pour the whole thing in your mouth.

When it's smooth, scrape down the stuff stuck above on the sides and pop the bowl into the fridge. Let cool for an hour, possible 90 minutes, but in 2 hours as is suggested by most recipes, it's usually really too hard to deal with. I've broken enough scoops to have learned to take it out while it's still malleable. 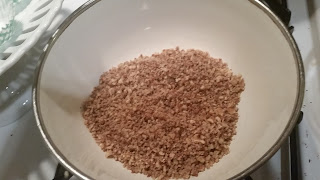 In the meantime, put 1 cup of pecans in the food processor and grind, starting with pulsing, until they look about like this. Stop before they become flour or butter! If you don't want to deal with this step, you can roll the truffles in cocoa powder instead. 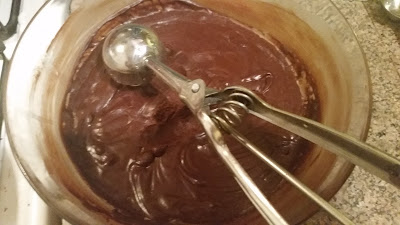 When the chocolate (ganache) is hardened enough to hold together but soft enough to roll into a ball, take it out of the fridge and get out a small scoop or a spoon.

Set the pecans next to the chocolate and a plate with waxed paper or mini cupcake liners next to that. I'm not always organized, but you need to set stuff out before you get your hands sticky! 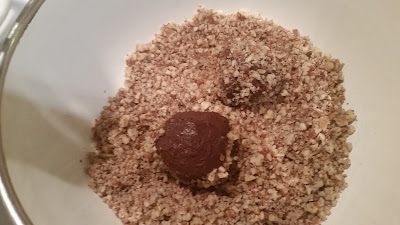 Scoop out some chocolate, roll it into a ball with your hands, and place it in the pecans. Roll it around in there until it's covered, then move to the plate. Repeat until you're finished with all the chocolate, with maybe a little to scrape out of the bowl for yourself.

Yeah, there's a bite missing from the bottom one. Quality control is important. I finished it after the photos! 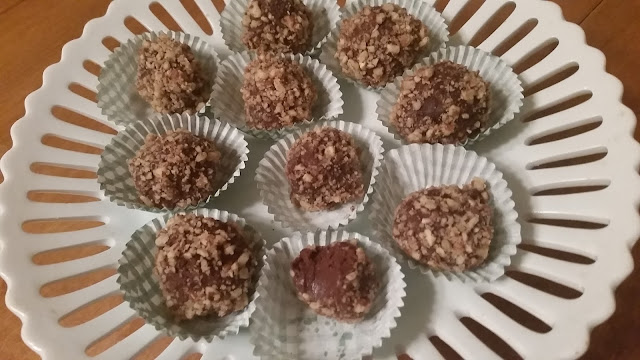 3 things to do when life gives you lemons

It's citrus season! Here in California, that means that Meyer lemons start appearing in people's backyards and on the free stuff table at work. My friend Dominique, who lives in Sonoma County, brought a special bag just for me. Even if you aren't lucky enough to have a free supply of beautiful fruit in season, you should be able to find it for a good price at the market, and the flavor should be ideal to use it in things you can have all year round. 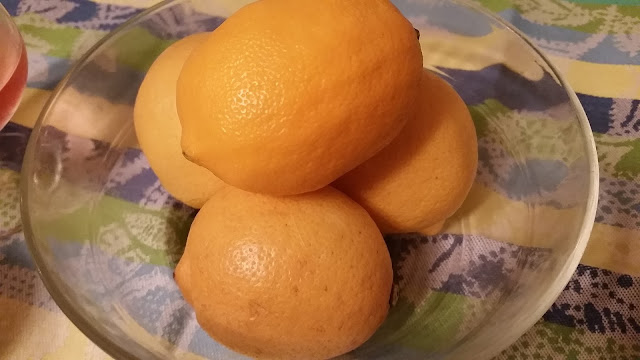 1. Steep the peels in vodka for infused vodka cocktails or limoncello 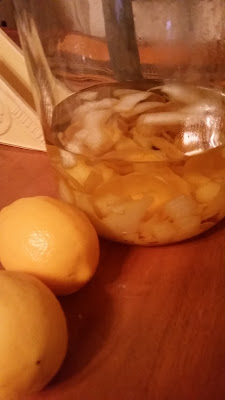 Use a vegetable peeler to cut strips of zest from 7-8 well-washed lemons, leaving the bitter white pith behind. Usually I make limoncello, but I'm taking it easy on the sugar right now, so I think I'll toss a little rosemary in this jar next and just mix it with sparkling water when it's ready, in a couple of weeks. To make limoncello, you can follow this Arancello recipe with lemons instead of blood oranges. 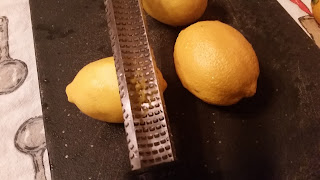 2. Make Lemon Salt:
Zest three lemons with a Microplane style grater. Hold the lemon in your hand and the grater on top of the lemon so you don't go much into the white pith without stopping. 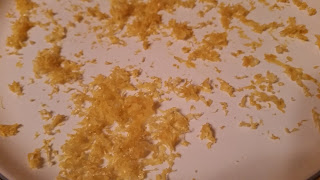 Spread out the zest on a dinner plate and leave on the counter for a few hours to dry out. When it's ready, the color will look darker and the zest will feel dry to the touch.

Mix the zest with 1/2 cup coarse sea salt and let the flavor meld with the salt for a couple of days before using. 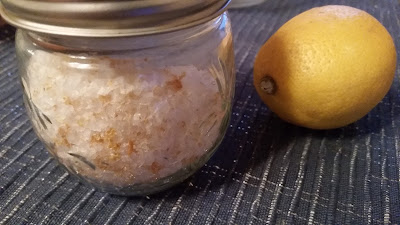 Place the mix in a jar and keep in the cabinet. use on top of avocado toast, hummus...anywhere both lemon and salt would add a little something special. 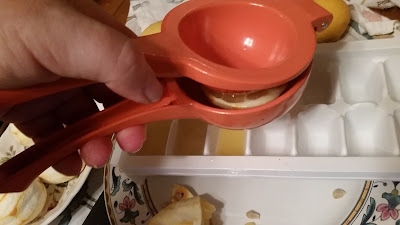 3. Freeze the juice in ice cube trays
Yeah, I fell for the trend and bought one of these cute squeezer things. No, it doesn't really work very well. At least I didn't get one in every color. It does, however, do a pretty good job with citrus that has been zested, so I was able to use it to fill an ice cube tray with lemon juice. Freeze the juice overnight and pop 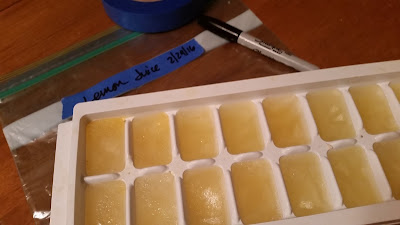 the cubes into an airtight container or zip bag to pull out when you want to add flavor or acid to a recipe.

Somehow I managed to buy bags that are tinted blue, making it hard to see what's inside! The label will make it easy to figure it out.


And there you have it! Three ways to stretch out lemon season for the months to come.

Posted by Ingrid at 6:19 PM No comments: